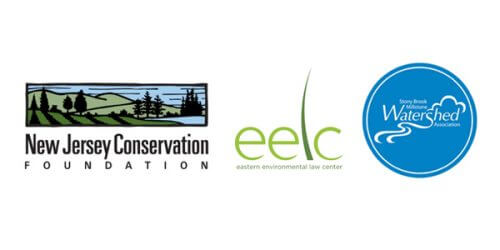 FERC approves project despite lack of need and threats to water, public health and safety

Click to Tweet: FERC approves PennEast despite lack of need & threats to water, health & safety, but NJ has the power to stop it. http://ow.ly/aqIB30eNkQd

FAR HILLS, NJ (January 20, 2018) — It would be a big mistake for PennEast to think the conditional approval it received from Federal Energy Regulatory Commission (FERC) means their pipeline will be built, opponents of the dangerous and costly project said today.

The U.S. Second Circuit Court of Appeals recently upheld a decision by the New York State Department of Environmental Conservation (NYSDEC) to deny a key water permit for the proposed Constitution gas pipeline that had been approved by FERC, effectively halting its construction. Very recently, FERC itself confirmed the State’s right to make such a determination by refusing to allow Constitution pipeline to proceed given the state’s denial.

​“Now it’s up to New Jersey to protect our land and water from this dangerous and unnecessary pipeline and for our state to reject the Trump administration’s dirty and reckless energy policies,” said Jim Waltman, executive director, Stony Brook-Millstone Watershed Association. “This is far from over.”

The FERC decision to grant PennEast a “Certificate of Public Convenience and Necessity” (Certificate) came as no surprise. Despite overwhelming evidence that the pipeline is not needed, is driven by utility company profits, and received a shoddy review process, the agency did what it does best: it rubber-stamped an industry request.

In his dissenting opinion, newly-appointed Democratic FERC Commissioner Richard Glick noted that “precedent agreements that are in significant part between the pipeline developer and its affiliates is insufficient to carry the developer’s burden to show that the pipeline is needed.”  Based upon this, Glick stated, “I do not believe that the Commission’s order properly concludes that the PennEast Project is needed.”

FERC’s approval means PennEast likely will start trying to seize land from scores of homeowners, towns and land trusts through eminent domain — a move that will further mobilize the communities and the majority of homeowners along the proposed pipeline route who already strongly oppose the pipeline.

“By issuing this Certificate, FERC failed to meet its obligations under the law. We’ll be challenging its decision, which ignored the extensive economic and scientific evidence showing that PennEast would provide no public benefit, a core requirement for a project that anticipates having to take private property for much of its route in New Jersey,” said Jennifer Danis, senior attorney, Eastern Environmental Law Center.

“In addition, FERC failed to address the many environmental impacts of the project that will now fall to NJDEP and other agencies to review,” said Susan Kraham, senior staff attorney, Columbia Environmental Law Clinic.

But the PennEast pipeline through Hunterdon and Mercer counties can’t be built without approval from the New Jersey Department of Environmental Protection (NJDEP) and the Delaware River Basin Commission (DRBC). In June 2017, NJDEP denied PennEast’s application because it was woefully inadequate and did not include information specifically required by the NJDEP. The DRBC has yet to begin its review.

“PennEast faces a long, difficult road ahead as its project is reviewed by NJDEP under stringent laws and regulations,” Gilbert said. “At the end of the day, this damaging project won’t meet their standards or be approved.”

“The decision to approve the PennEast pipeline application is a slap in the face to not only the communities impacted but casts a dark shadow over the promise of clean water, green space, and land rights for future generations,” said Congresswoman Bonnie Watson Coleman (D-12). “All over America, FERC is rubber-stamping projects with little regard for public interest, environmental impact or safety – today is no different. Despite opposition by virtually every community along the PennEast route, inadequate and inaccurate environmental assessments, and no proof of local customer demand, I simply can’t think of any legitimate rationale on why this project was approved.”

“FERC’s reckless actions today in issuing a Certificate to a pipeline that only serves private – not public – interests, was a major disservice to the citizens of New Jersey,” said Senator Christopher “Kip” Bateman (R). “We don’t want it, we don’t need it, and we won’t stop until PennEast is defeated. I call upon the NJDEP to uphold its responsibility to protect our state’s precious water resources from a pipeline that threatens to bring irreversible destruction to our state.”

“The pipeline would be an unnecessary retreat from a future of clean, renewable energy and good, permanent jobs for New Jersey,” said Assemblyman Andrew Zwicker.

In addition to homeowners, many bipartisan local, state and federal elected officials oppose the pipeline, and the New Jersey Division of Rate Counsel has expressed its view that the project is unnecessary, would be “unfair to consumers”, and “like winning the lottery” for the owner companies.

In November, NJ Conservation filed a legal challenge against FERC, asserting that the federal agency violates the Fifth Amendment of the U.S. Constitution by failing to prove that pipelines serve the public good before granting companies the right to seize private property for the infrastructure through eminent domain.

“The PennEast Certificate order purports to grant eminent domain based solely on private contracts, without any additional public use analysis.  Three of the five commissioners expressed concerns about impacts to landowners, with one decrying the insufficient facts and process that will have grave impacts to landowners,” continued Danis.