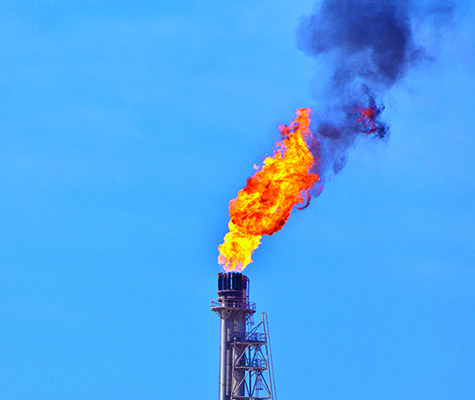 TRENTON, NJ (May 30, 2019) — A new report debunks the myth that natural gas can be a bridge to a clean, affordable energy future and warns policymakers to “avoid picking gas as the winner” in the transition to clean energy.

Oil Change International released its report jointly in the New Jersey state capital with ReThink Energy NJ, a nonprofit organization on the front lines of promoting clean, efficient, renewable energy and sensible policies to bring a swift transition. New Jersey officials have an opportunity to stand up to the bridge fuel myth by developing a new Energy Master Plan that puts New Jersey on a path to phase out natural gas and achieve 100% clean energy by 2050. Read the New Jersey report supplement here.

Tom Gilbert, campaign director, New Jersey Conservation Foundation and ReThink Energy NJ, said the report’s findings are particularly relevant in New Jersey — where most emissions from electric generation are from natural gas. Gilbert added that multiple new pipelines to bring more gas into the state have been proposed, despite the fact that New Jersey has more than enough pipeline capacity to meet demand even on the coldest days of the year.

“This report makes it clear that New Jersey can’t afford to lock in emissions by building additional gas infrastructure, such as PennEast and numerous other pipelines and gas-fired power plants proposed throughout the state,” Gilbert said. “Gas needs to be phased out, starting today.”

“No matter how many different ways the Trump administration attacks the science of climate change the data is clear: the Earth is warming and we have a responsibility to aggressively and decisively move towards a clean energy future that does not rely on fossil fuels,” said Assemblyman Andrew Zwicker. “If New Jersey is to meet its obligations, we must ensure that our existing pipelines are not leaky, our nuclear plants are running reliably, and we are reducing our energy consumption while building out our renewable energy capacity. This approach will create high-quality jobs in construction, manufacturing and more while ensuring that we do our part for generations to come.”

“Oil and gas corporations have championed and invested in this myth as a way to delay the transition away from fossil fuels,” the report by Oil Change International states. “Alarmingly, despite the evidence that over-reliance on gas is a recipe for climate breakdown, a number of politicians and decision-makers continue to repeat the myth of gas as a climate solution.”

The report — “Burning the ‘Gas Bridge’ Myth: Why Gas is Not Clean, Cheap, or Necessary” — is part of an Oil Change International series of reports on gas and climate. The report cites five compelling reasons why gas is not a bridge to a safe climate:

1. Gas Breaks the Carbon Budget: The economically recoverable oil, gas, and coal in the world’s currently producing and under-construction extraction projects would take the world far beyond safe climate limits. Further development of untapped gas reserves, including new shale wells, is inconsistent with the climate goals in the Paris Agreement. Even if global coal use were phased out overnight, already-developed reserves of oil and gas would push the world above 1.5°C of warming. There’s simply no room for more gas.

2. Coal-to-Gas Switching Doesn’t Cut It: Climate goals require the energy sector to be decarbonized by mid-century. This means that both coal and gas must be phased out. Replacing coal plants with new gas plants will not cut emissions by nearly enough, even if methane leakage is kept to a minimum. Current plans for gas production growth drastically overshoot climate safe models and are a bridge to climate disaster.

3. Low-Cost Renewables Can Displace Coal and Gas: The dramatic and ongoing cost declines for wind and solar disrupt the business model for gas in the power sector. Wind and solar are already cheaper to build and operate than coal and gas in most markets. Cost is clearly not a prohibitive factor to adding renewable generation capacity, whether to replace fossil fuel capacity or to meet rising demand.

4. Gas Is Not Essential for Grid Reliability: Wind and solar require balancing, but gas is not the only, nor the best, resource available for doing so. Battery storage is fast becoming competitive with gas plants designed for this purpose (known as “peakers”). Wind and solar plants that are coupled with battery storage are also becoming a competitive “dispatchable” source of energy. Managing high levels of wind and solar on the grid requires optimizing a wide range of technologies and solutions, including battery storage, demand response, and transmission. There is no reason to favor gas as the primary solution.

5. New Gas Infrastructure Locks in Emissions: Multibillion-dollar gas infrastructure built today is designed to operate for decades to come. Given the barriers to closing down infrastructure ahead of its expected economic lifespan, it is critical to stop building new infrastructure, the full lifetime emissions of which will not fit within Paris-aligned carbon budgets.

The report notes that the “bridge fuel” myth is based on the inaccurate claim that only gas can affordably replace coal in the short to medium term. It finds that, “…today, wind and solar are the cheapest form of bulk energy supply in most major markets. As these technologies continue to gain from increasing economies of scale and implementation experience, the cost and performance of wind and solar power is only set to improve.” The bottom line: “renewable energy can and does replace coal as bulk generation while saving consumers money.”

The report’s findings lead to the inescapable conclusion that it is crucial to move — before it’s too late — straight to zero-carbon energy and avoid accepting a bridge myth that locks in further emissions. It provides an update to an earlier report issued in 2017 by Oil Change International, drawing on the most recent data on carbon budgets issued by the UN’s Intergovernmental Panel on Climate Change as well as recent renewable energy market trends. Noting the need to use climate goals, not fossil fuel industry rhetoric, as a starting point for energy decisions, the report says, “The answer is the same for gas as it is for coal and oil. We need less, not more.”

“We simply have no more time to debate what’s already been settled. We must move swiftly to a fully renewable energy economy and leave all fossil fuels, including gas, behind,” said Lorne Stockman, report author and Senior Research Analyst for Oil Change International. “Despite desperate attempts by the oil and gas industry to persuade policymakers that their products have a future in a climate-safe world, a rational look at the data clearly shows otherwise. Any way you slice it — be it cost, reliability, or climate — gas is a loser and it’s time to move on.”

About Oil Change International
Oil Change International is a research, communications, and advocacy organization focused on exposing the true costs of fossil fuels and facilitating the ongoing transition to clean energy. Rooted in community solidarity and principled policy analysis, OCI works within larger movements to build a fossil-free future.

About ReThink Energy NJ
ReThink Energy NJ informs and empowers New Jersey citizens and decision-makers to support sensible policies to bring about a swift transition to clean, efficient, renewable energy. It advocates for reducing the use of dirty fossil fuels and stopping unnecessary pipelines that threaten our land, air, water, health, and safety.