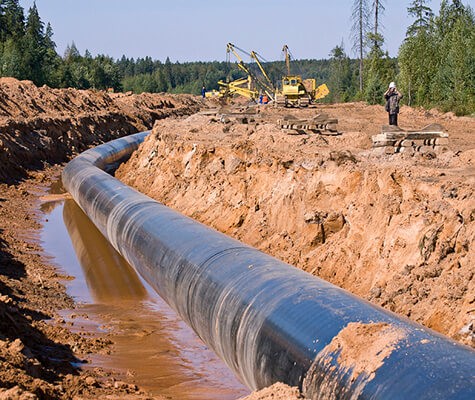 PennEast has finally divulged the names of the shippers who they have contracted with for Phase 1 of its pipeline project, which would be entirely in Pennsylvania and they are the New Jersey regulated utilities who are affiliates of PennEast’s owner companies (New Jersey Natural Gas, South Jersey Gas and Elizabethtown Gas).

PennEast released the information in response to a motion filed with the Federal Energy Regulatory Commission (FERC) by New Jersey Conservation Foundation and The Watershed Institute.

“This newly revealed information from PennEast shows that there is no independent rationale for building Phase 1 of its pipeline in Pennsylvania, just as there is no need for the entire pipeline,” said Tom Gilbert, campaign director, New Jersey Conservation Foundation.

“Even worse, why are New Jersey regulated utilities, especially New Jersey Natural Gas that would take the bulk of the capacity, putting ratepayers at risk by signing contracts for delivery of gas in Pennsylvania that isn’t needed and may not be able to get to New Jersey?” said Jennifer Danis, staff attorney, Columbia School of Law. “These contracts could require ratepayers to pay for capacity whether or not it is ever used. This is exactly why we need a gas capacity planning process in New Jersey, as the Murphy Administration called for in the final energy master plan. Gas market experts have documented that we have substantial excess capacity in New Jersey even during peak demand.”

“We can’t afford to build unneeded, dirty energy projects like PennEast, we need to go full steam ahead with transitioning to clean sources of energy,” Gilbert added.