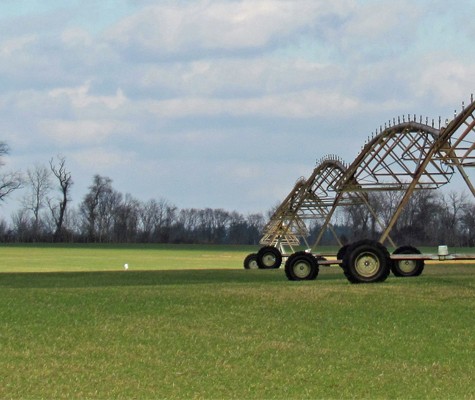 The Pilesgrove Township Planning Board yesterday rejected Dakota Power’s request for a zoning variance needed to advance an over 800-acre utility-scale solar project on prime farmland in the township’s agricultural retention zone.

“The Pilesgrove Township Planning Board made the right decision to protect their prime farmland from what would have been the largest solar development in New Jersey,” said Tom Gilbert, campaign director New Jersey Conservation Foundation and ReThink Energy NJ. “We support clean, solar energy that is appropriately sited. It isn’t necessary to cover our best farmland soils prioritized for preservation with solar panels to meet our clean energy goals.”

The Planning Board rejected the project despite Dakota Power’s plans to have sheep graze the land, an idea stemming from an unproven concept called “dual-use” solar. Several board members expressed skepticism over the long-term viability of a sheep farm on the property.

Click to tweet: “We support clean, #solarenergy that is appropriately sited. It isn’t necessary to cover our best farmland soils prioritized for preservation with solar panels to meet our #cleanenergy goals.” @2TomGilbert, @rethinkenergynj & @ConserveNJ http://ow.ly/1U3450EREFl

Pilesgrove’s decision comes as the New Jersey Legislature is considering legislation (S2605) that would incentivize large utility-scale solar projects, such as the one that Dakota Power sought to build in Pilesgrove Township, and another more than 600-acre project on prime farmland that Dakota is pursuing in Harmony Township, Warren County, which is being appealed by township residents. The current version of the legislation would generally preclude solar development on the best soils in Agricultural Development Areas, but includes a waiver provision that could allow for solar development on over 8,000 acres of these most important farmlands subject to the approval of the Board of Public Utilities.

“That’s simply too much prime farmland for the Garden State to lose,” Gilbert said. “We should instead be steering needed solar development to rooftops, brownfields, landfills, parking lots and marginal lands that don’t conflict with our critical open space and farmland preservation goals.”