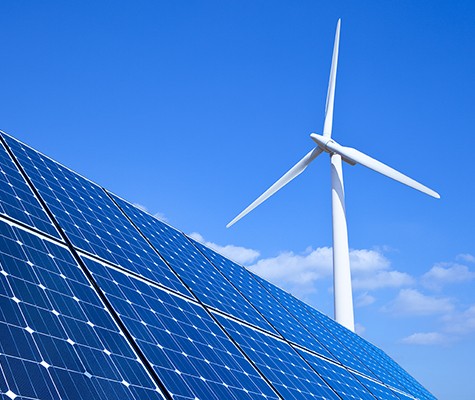 FAR HILLS, NJ (October 22, 2020) – By a margin of more than two to one, New Jersey voters support investing in renewable energy projects like wind and solar — rather than building gas pipelines — to promote recovery from the economic damage resulting from COVID-19, the latest ReThink Energy NJ poll finds.

Asked which form of infrastructure to invest in to spur economic recovery, 62% prefer  to “create jobs, improve our health by reducing pollution, and ultimately save consumers money,” through renewable energy projects, while 30% prefer to create jobs through pipelines that “ensure a reliable supply of inexpensive natural gas.”

The results are consistent with significantly strong preference for clean energy across the board. For example, when asked which is the energy source “most important to New Jersey’s energy future,” 47% choose solar and only 21% pick gas. When support for offshore wind is included, 58% choose clean energy over fossil fuels.

“Despite facing unprecedented challenges from the COVID-19 pandemic, voter support for clean energy hasn’t waned and, in some respects, has become even stronger. And, when given a choice to base the state’s economic recovery on renewables or pipelines, clean energy was the clear winner by a two to one margin,” said Tom Gilbert, campaign director, ReThink Energy NJ and New Jersey Conservation Foundation.

“Support for renewable energy is at its highest level since we began the energy survey in 2015, with 80% of New Jerseyans indicating their support for the state’s goal to have 100% clean energy by 2050,” said Krista Jenkins, professor of politics and government and director of the FDU poll. “This, coupled with the data showing that half say they are more likely to vote for a candidate who favors renewables, sends a clear message to policymakers about the clean energy future New Jerseyans are seeking.”

New Jersey voters also show a similarly strong preference for the state’s plans to switch to clean energy versus the federal government’s commitment to push development of such fossil fuels as natural gas and oil: 60% say they strongly disagree or somewhat disagree with the federal government’s policy, compared to 36% who say they strongly or somewhat support the policy.

Asked if they favor or oppose New Jersey’s goal of achieving 100% clean energy by 2050, 80% say they strongly favor or favor the policy and 15% opposed or strongly oppose it.

In a very timely finding, this presidential election year, 50% of New Jersey voters say they would be more likely to support political candidates who favor moving from fossil fuels to renewable energy like solar or wind, 12% say it would make them less likely, and 34% say it would make no difference.

The telephone survey of 712 randomly selected registered voters was conducted by Fairleigh Dickinson Poll for ReThink Energy NJ between October 1 and October 10, 2020. The margin of error is +/- 4.5 percentage points at a 95 percent confidence interval. A complete description of the survey’s methodology, including weighting, question wording, and tables can be found here.