Renewable Energy in NJ: Good for Our Health and Wallets 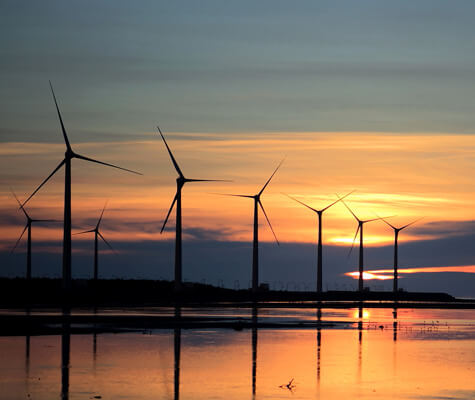 Gov. Phil Murphy recently signed a historic bill that made New Jersey one of only five states to require 50 percent of its electricity to come from renewable sources by 2030. He then signed an executive order to develop a plan for New Jersey to achieve 100 percent clean energy by 2050. Then, earlier this month, the Board of Public Utilities opened up the formal process for offshore wind applications for projects off our coastline, making New Jersey the national leader on offshore wind.

All signs point to New Jersey making rapid progress toward clean energy by implementing key policies that will:

States with a “50% renewables by 2030” goal, like New York, are thriving, and California recently strengthened its goal by requiring 100 percent carbon-free energy by 2045. These states have reaped significant economic benefits from their renewable energy leadership; each has seen higher GDP growth than the U.S. average every year since 2009.

Clean energy has become the cheapest energy in many parts of the country, and the cost of renewable energy from solar and wind is now at an all-time low. Solar costs 86 percent less across North America than it did in 2009, and wind costs have dropped 65 percent over the same period. In 2017, solar and wind were the cheapest forms of new electricity in the U.S.In fact, consumers in states aiming for 50 percent of electricity from renewable sources by 2030 found lower monthly electricity costs with the transition to renewable sources.

Polluting, unhealthy, unsustainable fossil fuels are even more expensive when the costs of pollution impacts to public health and the damage wrought by a changing climate are factored in. According to the Union of Concerned Scientists, poor air quality is linked to respiratory conditions like asthma and increases the risk of life-threatening conditions like cancer. Airborne particulate matter is linked to up to 30,000 premature deaths nationally each year. And, extreme weather events paired with health impacts caused by climate change carries a massive economic price tag, to the tune of hundreds of billions of dollars in the U.S. in the last decade alone.

Already, more than 51,000 New Jerseyans work in clean energy jobs, with about 33,000 working in energy efficiency. That number will grow rapidly as the new energy efficiency policies are implemented. These jobs are local and can include manufacturing LED products, installing efficient HVAC systems, or construction (which makes up 64 percent of the jobs in this industry).

A single offshore wind farm could generate $702 million in economic benefits to our state, and the Northeast Wind Center estimates 8,000 MW of offshore wind, currently planned in the Northeast, would create about 36,300 full-time jobs in our region. With Governor Murphy’s 3,500 MW offshore wind target as the highest of any state, a significant portion of those regional jobs and the economic growth tied to this burgeoning industry should come to New Jersey.

According to the FDU Poll, three out of four New Jersey voters say our state should invest in renewables, not in more fossil fuels. With the upcoming update of the state’s Energy Master Plan, New Jersey has the opportunity to boost and incentivize renewable energy, reduce harmful emissions and energy costs, and watch our jobs and economy grow. With this in mind, the best path forward – moving to 100 percent clean, renewable energy – couldn’t be clearer.