Stockton, NJ (April 24, 2017) — A new analysis released today by ReThink Energy NJ and Environmental Entrepreneurs (E2), a national, nonpartisan business group, shows that 79 percent of all energy generation and efficiency jobs in New Jersey are in clean energy, with 41,000 jobs in solar, wind, or energy efficiency out of 52,000 total energy-related jobs. The analysis, which shows the strength of the clean energy economy in the state, is based on a U.S. Department of Energy report released in January 2017.

The fact that the vast majority of the Garden State’s energy jobs are classified as ‘clean’ — meaning they relate to renewables or energy savings — reflects a growing, nationwide clean energy and clean transportation industry of about three million jobs.

“While federal leaders are trumpeting fossil fuels, clean energy employees are hard at work. With significant solar resources and a burgeoning energy efficiency sector, the Garden State’s economy has a large clean energy sector that it can — and should — leverage,” said Bob Keefe, executive director, E2. 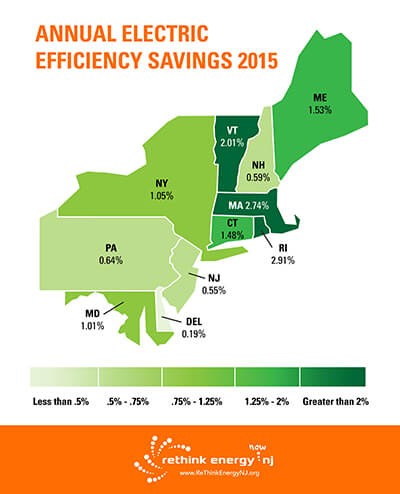 Three times as many New Jersey residents work in solar and wind electric generation than gas and coal electric generation, with the largest number working in solar installation. Approximately 309,000 New Jersey homes are powered by solar, and in 2016, the state’s solar industry surpassed two gigawatts of installed capacity, a significant milestone.

Once a leader in both solar policies and energy efficiency, New Jersey is losing ground to other states across the country, while New Jerseyans overwhelmingly support an increased clean energy focus.

“The proof is in the data. Investing in more fossil fuels and new pipelines is not the way to create energy job growth in New Jersey,” Gilbert said. “New Jerseyans want and deserve a cleaner environment and the many good jobs that come from clean energy generation. What we need now is for policymakers to enact and enforce strong energy efficiency, solar and wind energy generation policies.”