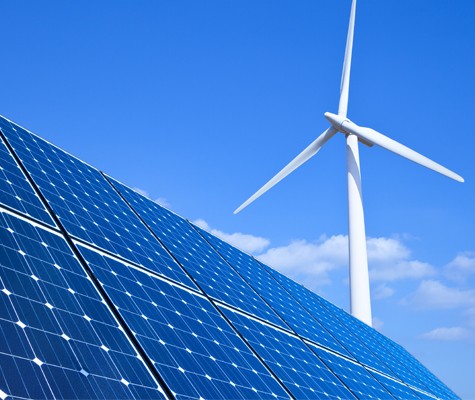 Over 70% of New Jersey voters polled support achieving 100% clean electricity by 2035 instead of the state’s existing goal of 100% by 2050. A broad coalition recently called on New Jersey policymakers to achieve clean energy sooner in light of the increasingly urgent climate crisis.

Asked, “How would you describe your feelings toward the effects of climate change in New Jersey,” 73% of voters say they are “very concerned” or “concerned,” compared to 27% who say they are “not very” or “not at all concerned.”

“New Jerseyans are experiencing the disastrous effects of climate change, most recently from Hurricane Ida. They understand the need to more swiftly transition to clean, renewable sources of energy to protect lives and property,” said Tom Gilbert, campaign director, ReThink Energy NJ and New Jersey Conservation Foundation “Policymakers at the state and federal level must set more ambitious climate targets and not be swayed by fossil fuel industry efforts to slow the move to clean energy.”

Click to tweet: An overwhelming majority of New Jersey voters expressed concern over #climatechange and support more aggressive goals to achieve 100% #cleanenergy, according to new @FDUPoll for @ReThinkEnergyNJ. See all results: http://ow.ly/MqLo50GqqLC

“Political candidates have sometimes been hesitant about embracing clean energy policies,” said Dan Cassino, director of the FDU Poll. “But voters are telling us that they want these policies and may even be punishing candidates who don’t push them.”

The poll found high receptivity on the part of New Jerseyans to electrification of heating for homes and businesses: 66% say they are aware that the transition to clean energy will require a switch to electric heat for homes and buildings and 61% say they support the move from gas to electric appliances to reduce emissions and fight climate change.

The telephone survey of 700 randomly-selected registered voters was conducted by Fairleigh Dickinson Poll for ReThink Energy NJ September 9-18, 2021. The margin of error is +/- 4.5 percentage points at a 95 % confidence interval. A complete description of the survey’s methodology, including weighting, question wording, and tables can be found here.

Click to Tweet: An overwhelming majority of New Jersey voters expressed concern over #climatechange and support more aggressive goals to achieve 100% #cleanenergy, according to new @FDUPoll for @ReThinkEnergyNJ. See all results: http://ow.ly/MqLo50GqqLC