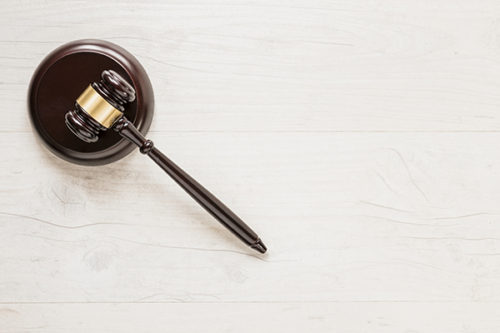 FAR HILLS, NJ, June 2, 2020 — New Jersey Conservation Foundation today joined the state in asking the U.S. Supreme Court to deny PennEast’s petition to have the Court hear an appeal of a federal court decision barring the company from seizing state-owned land to build a gas pipeline.

A three-judge federal appellate panel was unanimous in its ruling last year that state sovereign immunity prevents private companies from suing states in federal court to take their lands. And the entire federal appellate court stood by that ruling, refusing to reconsider it.

“We appreciate Gov. Murphy and Attorney General Grewal continuing to defend in federal court the state’s sovereign rights to prevent PennEast from seizing our public lands,” said Tom Gilbert, campaign director for New Jersey Conservation Foundation. “The Third Circuit correctly settled this matter and that should be the end of this story.”

“PennEast would like the Court to believe that the sky will fall if the Court doesn’t take its case, but that’s simply wrong,” said Jennifer Danis, senior staff attorney at Columbia University School of Law’s Environmental Law Clinic, who is representing New Jersey Conservation Foundation in the case. “Gas pipelines have been certificated and built at an unprecedented pace despite states occasionally saying no to companies condemning their preserved lands for destructive projects that weren’t necessary. PennEast is a troubled and unnecessary project facing significant challenges beyond trying to take critical state lands for its private use. The Third Circuit reasoning is sound, and not a single one of the Court’s traditional reasons for hearing cases applies to this one.”

PennEast wants to build a 116-mile pipeline from fracking sites in Pennsylvania into Hunterdon and Mercer counties in New Jersey. Numerous experts — including the state’s utility consumer watchdog agency — have concluded that the pipeline would serve no public interest because New Jersey has more than enough natural gas supply to meet demands in even the coldest weather.