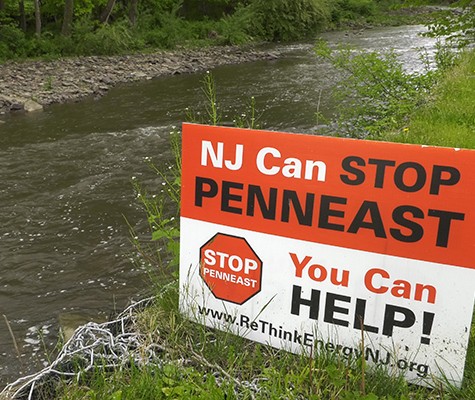 The decision enables PennEast to proceed with seizing more than 40 properties preserved for future generations by the State of New Jersey and its partners with tax-payer dollars. The court ruled only on the narrow issue of whether PennEast can seize state lands, not the merits of the project.

“The Supreme Court’s decision to overturn the Third Circuit’s ruling puts public preserved land in New Jersey in great jeopardy. This is disappointing, but PennEast is still facing numerous legal and regulatory hurdles that will prevent this unnecessary, polluting project from moving forward,” said Tom Gilbert, campaign director, New Jersey Conservation Foundation and ReThink Energy NJ. “The PennEast pipeline would threaten the health and safety of our communities, seize private land and taxpayer-preserved open space, and harm our drinking water, natural and historic resources. Ultimately, the state will have final say as to whether the project may proceed.”

Click to tweet: The fight to #StopPennEast is not over! “PennEast still faces numerous legal and regulatory hurdles that will prevent this unnecessary, polluting project from moving forward.” —@2TomGilbert, @rethinkenergynj @ConserveNJ http://ow.ly/2NMt50Fl7ZG

“This project cannot move forward without a New Jersey authorization finding that it could be built consistent with Clean Water Act laws — which are designed to protect waters and wetlands against destructive projects like PennEast,” said Jennifer Danis, senior fellow at Sabin Center for Climate Change Law and of counsel to Morningside Heights Legal Services at Columbia Law School. “While it’s outrageous that the Court sidestepped decades of sovereign immunity jurisprudence, the Murphy Administration went to the mat trying to guard its public and stewarded conservation lands — and we are thankful that they take conservation so seriously.”

FERC’s certificate for the project is being appealed by numerous parties in the D.C. Circuit of the U.S. Court of Appeals. The project must still receive approvals from the U.S. Army Corp of Engineers, the Delaware River Basin Commission and the New Jersey Department of Environmental Protection that has twice denied permits for the project.