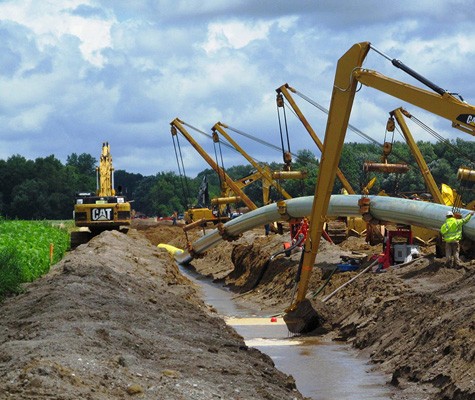 PennEast has no legal right to condemn state lands

Far Hills, NJ – March 31, 2021 – Today the New Jersey Conservation Foundation submitted a brief to the U.S. Supreme Court outlining reasons why it should uphold the Third Circuit Court of Appeal’s decision in the pending PennEast Pipeline case. The brief amplifies the State of New Jersey’s arguments for leaving the Third Circuit ruling undisturbed.

New Jersey Conservation Foundation’s brief sets out the many reasons why PennEast is not entitled to hale the State into federal court to condemn public lands, some of which NJ Conservation stewards and has devoted significant resources to conserving.

“We are pleased to join the State of New Jersey by submitting a complementary brief to the U.S. Supreme Court laying out clear reasons why the Court should uphold the Third Circuit’s sound decision,” said Tom Gilbert, campaign director, New Jersey Conservation Foundation and ReThink Energy NJ. “The law is on our side, as the Natural Gas Act does not give private pipeline developers the right to drag states into court. New Jersey has the right to prevent PennEast from condemning land that was preserved for future generations to build its unneeded, polluting pipeline.”

Click to tweet: .@ConserveNJ submitted a brief to the U.S. Supreme Court outlining reasons why it should uphold the Third Circuit Court of Appeal’s decision in the pending PennEast Pipeline case. http://ow.ly/vpfs50EdFEi @rethinkenergynj #StopPennEast

In February 2021, the Supreme Court granted PennEast Pipeline’s petition to review the Third Circuit Court of Appeals decision finding that PennEast, as a private company, cannot seize or condemn state-owned lands in federal court without the state’s consent. The Court will hear arguments in the case on April 28 and determine whether the Third Circuit’s result will stand.

The fossil gas pipeline proposal would traverse over 40 properties preserved by the state, crossing the Delaware River and more than 4,300 acres of protected land in New Jersey. The unnecessary pipeline would threaten preserved farmlands and significant natural and historic resources while damaging scores of pristine, protected streams and jeopardizing populations of threatened and endangered species. New Jersey has yet to issue any permits or Clean Water Act authorizations for the project.